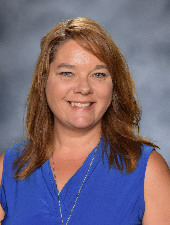 Mrs. Kathryn Coulson grew up in Bowling Green, Missouri. She attended St. Clement School as a third generation student. She earned a Bachelor of Science degree in Elementary Education from the University of Missouri in 2001 and has taught in public, private and parochial schools including at Our Lady of Lourdes Interparish School in Columbia, MO. After earning a Master's degree in Administration and a Specialists degree in Administration from William Woods University, she was the assistant principal in Columbia. She became the principal at St. Brendan Parish School in 2013. In addition to her administrative duties, Mrs. Coulson enjoys being a member of the Curriculum Committee in the Diocese of Jefferson City working to revise the Diocese of Jefferson City Curriculum Guide to all schools. She has been happily married to Scott Coulson since 1997. They have three children, Matthew, Hunter, and Max.